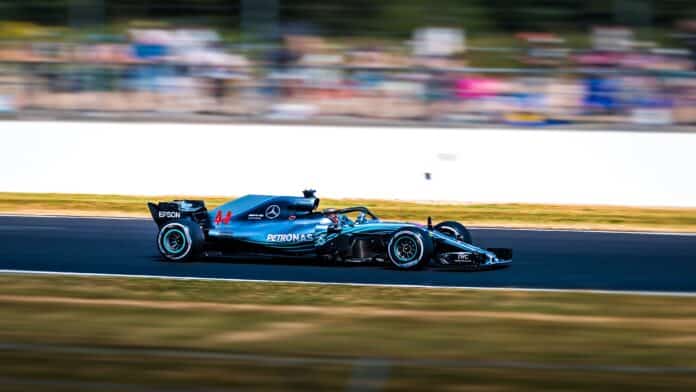 The course towards integration with the world community, which has been taken by the government of Saudi Arabia, is attracting more and more interest from international organizations. F1 owners recently announced that the kingdom will host the Formula 1 World Championship in 2021 and will be the 33rd country to host the race. This is largely due to the tourism-related activities of Saudi Arabia, as well as the announcement of a number of projects – NEOM, AMAALA, QIDDIYA, RED SEA PROJECT, which have already managed to intrigue enthusiasts from other countries. The venue for the Formula 1 Grand Prix in Saudi Arabia is located in the city of Jeddah, located in the west part of the kingdom. But it is possible that the next race will be held in the vicinity of the NEOM metropolis in the future.

The west coast of Saudi Arabia has attracted the attention of investors, tourists, and labor migrants for a long time. First of all, this is due to the implementation of the VISION 2030 program, within the framework of which it is planned to strengthen the tourism potential of the kingdom.

More than $ 500 billion will be invested in NEOM alone, not to mention the Red Sea project and associated resorts. Therefore, the western part of this country teases the imagination of many for quite some time.

Jeddah is the second-largest city in Saudi Arabia with a population of 3.5 million. It is located on the picturesque seaside. The track for the future F1 race is planned to be located on the Corniche embankment, which stretches for 30 km along the Red Sea. The location is expected to provide an excellent backdrop for the race.

The final design of the track has yet to be revealed, but organizers assure that it will include a harmonious combination of the long straight and sharp turns that will surpass other races this season. Also, it is planned, with the help of artificial lighting, to hold the Formula 1 Grand Prix at night to create an unusual atmosphere.

By the way, for the Saudis, this event is not the first motor racing competition. The kingdom regularly hosts Formula E races, and in 2020 there was even the first Dakar Rally. Participants, judging by their interviews, were satisfied with the organization of the events.

So, there is no reason to doubt the high level of preparation for the upcoming Grand Prix. Let us take a closer look at F1’s ties to the kingdom.

Saudi Arabia’s communication with F1 representatives has a long tradition, dating back to 1978, when SAUDIA, along with several other Saudi companies, sponsored the British Williams team, which, under the Fly Saudia brand, led by Alan Jones, won its first world championship in 1980.

The kingdom has recently hosted Formula E and the Dakar Rally. The world’s leading energy and chemical company Saudi Aramco is a Formula 1 partner. Both sides are confident that the cooperation has great potential for further strengthening. So far, not a single driver from Saudi Arabia has ever taken part in an F-1 competition.

The only exception was in 2018 at the French Grand Prix, where the Saudi racer Aseel Al-Hamad made a showcase race on the day the kingdom passed a law allowing women to get a driver’s license.

Attitude towards the Formula 1 Grand Prix in Saudi Arabia

The Saudis are delighted with the upcoming Grand Prix on their soil. From the experience of recent Formula E races, the locals, in addition to the actual races, enjoyed live music concerts and entertainment that they had never dreamed of before.

The Crown Prince of Saudi Arabia, Mohammed bin Salman, who initiated the VISION 2030 program, realizes that almost 70% of the Saudi population are people under the age of 35 who want entertainment and active recreation, as well as participate in major international events, and not only in other countries but also at home.

Sports such as racing have tremendous potential to blur boundaries and are designed to bring together cultures, countries, and peoples and to bring incredible sports excitement to the world.

Role of the NEOM metropolis in the upcoming Grand Prix

This enables the Saudis to collaborate with the racing team. The goal is to find and recruit young talented engineers and software developers who will integrate into the Formula E team.

The partnership provides for the branding of Mercedes-Benz EQ Formula E cars, as well as team equipment using the NEOM logo. The long-term agreement implies opportunities for knowledge exchange, as well as for improving the educational system of the NEOM metropolis.

The development of young race car drivers is a key aspect of cooperation. Saudi Arabian candidates will be given the opportunity to work closely with the racing team, learning from their experience and professionalism.

The official statements of both the Mercedes-Benz EQ Formula E-Team and the NEOM project management are overwhelmed with optimism. For example, NEOM Sports Managing Director Ian Patterson argues that partnering with a renowned brand in the automotive industry is strategically important in terms of international collaboration on sports development.

Neomean society is looking forward to hosting the first race at home and supporting the team in the coming seasons.

The importance of the NEOM project for motor sports

Mercedes-Benz Motorsport CEO, Toto Wolff, said that participation in motorsport is critical to innovations, and the team looks forward to developing this cooperation with the new NEOM partner.

Participation in Formula E contributes to the development of sustainable innovations, both in terms of technology and mentoring of talented youth.

According to Mercedes-Benz EQ Formula E Team leader Ian James, the team look forward to working with NEOM in the coming years, especially in areas of technological innovations, most notably the all-electric racing series.

Nadhmi Al-Nasr, NEOM CEO adds that the city is pleased with this engagement. The Neomean world is open to developing partnerships in which innovation is seen as the key to creating a sustainable future.

He encourages the entire global community to think of NEOM as a living laboratory where they can experiment and develop new technologies.

During the announcement of a new Grand Prix, F-1 Chairman and CEO Chase Carey said that Saudi Arabia is a country that is quickly becoming the center of sports and entertainment events. In recent years, it has hosted many major events, and the organizers of Formula 1 are very pleased with the opportunity of cooperation.

So, the important question is why is the Grand Prix so important in general? Why are the rulers of Saudi Arabia paying so much attention to the dialogue with the F-1? What is special about this brand?

History and modernity of Formula 1

The internationally renowned F-1 is a top-class open-wheel car race first organized in 1950. But the roots of this sports competition goes back to the beginning of the last century. At that time, the race was called differently – the European Grand Prix Racing Championship.

The etymology of the name of this brand is interesting. The word “formula” refers to a specific set of rules and requirements that must be met by the teams racing cars. The cars are designed according to technical regulations and undergo tests to determine their impact resistance.

The task of car brands is not only to find an experienced pilot but also to create a car, its design, construction, competent tuning and secure the maintenance. Due to the high competition between the teams, F-1 races regularly implement innovative technical solutions that accelerate the progress of racing cars and the solutions are often applied on regular cars.

The formation of Formula 1 in its modern form took place in 1981 when it was decided to combine two different events within the framework of one championship – the World Championship for pilots and the International Cup for constructors.

Since then, the F-1 has acquired a modern shape and worldwide popularity. The inclination to experiment and search for original solutions unites the philosophy of the NEOM metropolis with the Formula 1 brand and led to the start of the cooperation.

The importance of the Formula 1 Grand Prix for Saudi Arabia

Each new project needs the support of more famous brands. A young city, which is just beginning built, is certainly not as famous as an international championship with a half-century-long history.

The Formula 1 Grand Prix in Saudi Arabia will help draw the world’s attention to this country and its ambitious plans. In addition, the spirit of innovation that pervades Neomean society is in tune with the values of the F-1, which indicating a promise of a long and fruitful collaboration.

Given Saudi Arabia’s aspirations to become a true technological marvel, the kingdom needs to look for suitable partners, one of which is the legendary Formula 1.

On top of that, the nature of the Arabian Peninsula allows choosing good locations for racing. Deserted lands and fantastic landscapes harmoniously complement the concept of speed and drive, drawing further public attention to the F-1 championship.

The construction of NEOM has just begun and has already become a guiding star for many enthusiasts and people whose views are boldly directed towards the future. . The Formula 1 Grand Prix in Saudi Arabia, which is scheduled for 2021, confirms that the plans for the development of tourism potential and integration with the global society are going in the right direction. The VISION 2030 program introduces a number of innovations that are helping global brands such as the FIA Formula One World Championship to see the kingdom as their valuable partner.