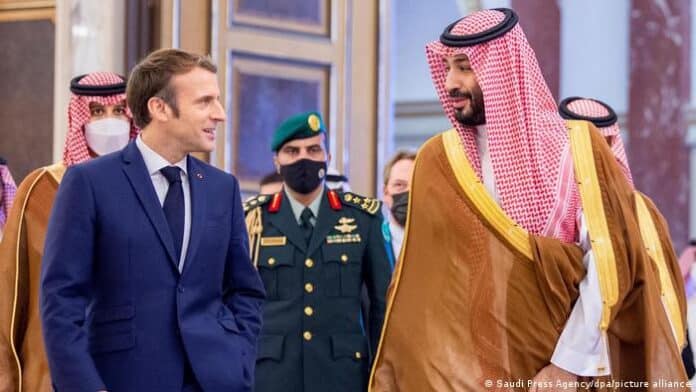 The projects announced by the kingdom, including the metropolises NEOM, THE LINE, OXAGON, require a dialogue with the world’s leading economies as well as attracting multibillion-dollar investments. The visits of the highest representatives of other countries to Saudi Arabia are indicative in this context.

On Saturday, December 4, 2021, French President Emmanuel Macron ended his journey across the Persian Gulf after meeting with Crown Prince Mohammed bin Salman in Jeddah. The meeting took place at the Al-Salam Palace. Macron’s visit to Saudi Arabia heralds a new era of Franco-Saudi dialogue. Many issues have been considered and economic cooperation agreements have been signed between the two countries.

A dialogue is planned between the Saudi Space Commission and the French National Space Research Center on the peaceful uses of space. It ensures the exchange of information and technologies, building research potential and competencies, organizing mutual visits and meetings, organizing trainings and professional seminars.

A memorandum of understanding has been signed, which strengthens cultural relations between Saudi Arabia and France. Under the five-year agreement, the countries have committed themselves to expand cultural cooperation and exchanges in various fields of culture, including architecture, design, cinema, literature and the fine arts.

There will also be an opportunity for Saudi and French artists to join joint programs and strengthen cooperation between the cultural institutions of the two countries.

Oxagon is a new part of the Neomean world