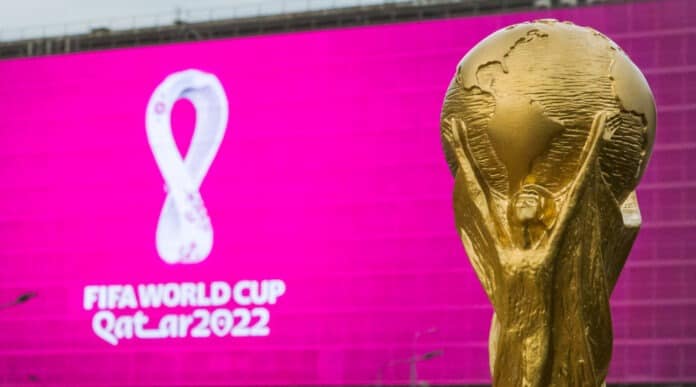 Football matches and tournaments are one of the most important sporting events in the world. They regularly attract crowds of fans. The FIFA World Cup is a real celebration for fans, bringing together millions of people in stadiums and on TV screens. This year, FIFA 2022 will be held in the Middle East for the first time, which further increases interest in the event.

The 2022 FIFA World Cup in Qatar shows that the Gulf countries have firmly established themselves in the rankings of leading countries in terms of the pace of their economic and cultural development, which inspires confidence in the international community.

When will the 2022 FIFA World Cup take place?

FIFA has published on its official website the calendar of the upcoming World Cup 2022, which will take place at the turn of November and December in one of the richest countries in the world – Qatar, which actually is creating the entire city of Lusail for this event as we speak, but let us talk about it a little later.

By the way, this sporting event should not be confused with the FIFA Club World Cup, which will take place in February 2022 in the UAE and also takes place under the auspices of FIFA. Although it will arouse interest in football among the local population, local fans may want to enjoy the subsequent 2022 FIFA World Cup in Qatar.

Let’s go back to the main event. Due to the great summer heat in this region, the sporting event is postponed to end of the year, November – December. The World Cup will not take place for the first time in May, June or July, but at the beginning of winter.

Participation in the European Qualifiers at FIFA 2022 will be attended by 55 teams representing the UEFA. The teams will be divided into ten groups: five of six participants and five of five. The group phase will last until December 2. There are four matches every day in the tournament. The ten group winners will qualify for the 2022 FIFA World Cup in Qatar, with the teams finishing second in their groups and determining the fate of the next three routes. The 1/8 final will take place on December 3-6, the 1/4 final – December 9-10, the 1/2 final – December 13-14.

The match for third place in the FIFA 22 Championship will be played on December 17 in Doha, Qatar, and the finals will take place on December 18 in Lusail. Football fans can go and experience the atmosphere of the stadium with a capacity of 80,000 seats, which was specially created for this event and will offer the spectators the best FIFA game of the year. The stadium was built using the latest technology and architecture.

The West’s attention to the economic recovery of the Middle East is not accidental. Every year, the UAE, Qatar and Saudi Arabia delight the world with their spectacular projects and bold ideas. No wonder Qatar has fought for the right to host the final part of FIFA 2022 with countries such as Japan, South Korea, Australia and the United States. Even the United States of America has not been able to cool down the enthusiasm of this candidate for the title of the host country of the 2022 FIFA World Cup.

Eight large stadiums in five cities in Qatar meet all FIFA requirements for international football competitions. In addition to Doha and Lusail, the championship will take place in Al-Khor, Al-Rayyan, Al-Wakrah.

Do not wait with your flight plan. More information here.